This Fall I studied the book of Jonah with the young adult group at my church.  It is truly a fascinating story full of sailors, killers, super-plants, destructive insects…oh yeah and a giant, man-swallowing sea creature. It sounds like it should be the next Biblical movie blockbuster, right?

So, there is a verse in Jonah that jumped out at me, and I haven’t been able to shake it.

In the last chapter (4) Jonah is angry at God.  He’s angry because God didn’t destroy the city of Nineveh like Jonah wanted him to.  The whole city turned to God and they were saved from destruction for their terrible wickedness (they are called a “city of blood,” known for ruthlessness toward Hebrews).  That they weren’t punished made Jonah pretty upset – upset to the degree that he wanted to die (vs 3).  Jonah just couldn’t deal.

It’s a good question, isn’t it?

Most of us get angry from time to time.  Sometimes anger comes and leaves quickly, other times anger moves in our hearts and sets up a permanent camp. Either way, we all experience it for one reason or another. In these days, with all that’s happening in the world such as Ferguson, the NYC grand jury verdict, the political landscape, the economic landscape, ISIS, Ukraine, and so much more, there is plenty of anger to go around.

The question God asks Jonah is a good question for all of us: “Do you have good reason to be angry?”

Often times we really don’t have a good reason to be angry if we are honest with ourselves [See: cut off in traffic, long line at the store, Starbucks is out of pumpkin spice latte, spouse doesn’t load the dishwasher the right way, etc].

In those times we are just more concerned about our own agendas, our own preferences, our own lives than anything else.  Sometimes we simply need to get over ourselves.  After all, Paul writes how Christians should look to other people’s interests over our own (Phil 2:4).  Think, if only we did that more how great that would make the world in which we live?

On the other hand, often times we do have a good reason to be angry.  Anger is often a result of deep hurt (see: being abandoned, lied about, cheated on, abused, betrayed, etc). It’s natural to be angry when we have been hurt or seen others hurt. And God understands this hurt.  He knows it well. Jesus suffered all of those same hurts and much much more. The author of Hebrews writes that we have a High Priest who knows and understands our weaknesses (4:15). God empathizes with our hurt.

It’s not wrong to be angry.  Anger is a natural emotion. Jesus himself was angry (a great study for another day).  But living and dwelling in anger is unhealthy.  It keeps us from experiencing the full joy of life God wants for us. Living in anger keeps us weighed down, burdened, blinded, and not able to reach our full potential for joy & happiness. 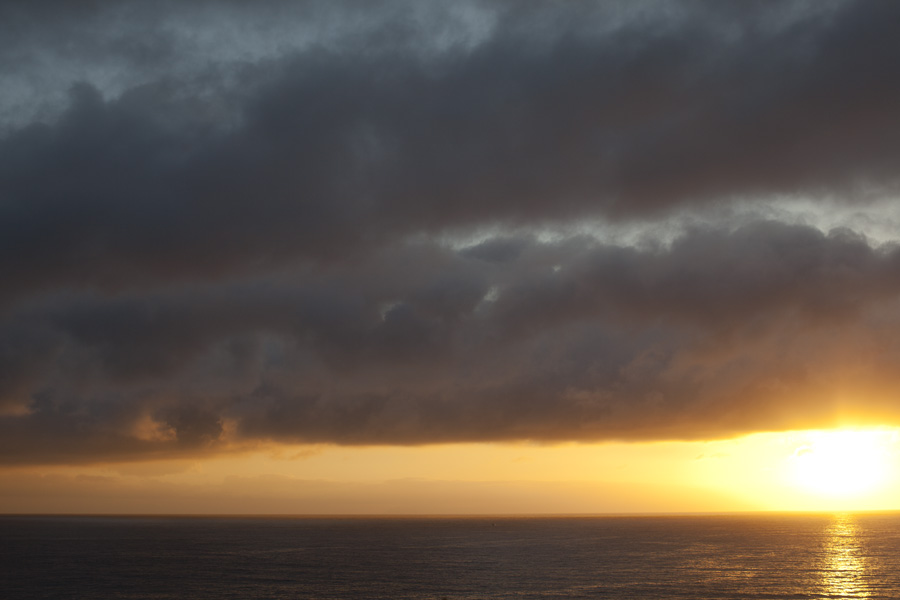 The problem with Jonah was that he couldn’t see past his own hurt.  It was like a giant wall blocking him from any perspective.  That’s what anger does to us – it blocks us from really seeing anything except what’s directly in front of us.

Jonah forgot that before God spared the Ninevites from punishment, God spared him too. When God first called Jonah to go to Nineveh, Jonah ran from God and boarded a ship to the end of the world. He was subsequently thrown overboard to die in the sea, but God sent a fish to rescue him.  Jonah didn’t deserve to be rescued. After all, he deliberately and intentionally disobeyed a direct order from God. Yet, God saved him anyway.  And in the belly of the fish Jonah sings God’s praises saying, “In my distress you listened to my cry,” and “Salvation comes from the Lord (ch 2).”

How soon Jonah forgot these praises when God extended salvation to people he didn’t think deserved it.  Anger blinded him.  Anger caused him to forget that God saved him too when he didn’t deserve it. Jonah wasn’t living in the joy of his own salvation. He was living in the bondage of past hurt, causing him to forget the very salvific nature of the God he served.

Let’s not make the same mistake Jonah made.  Sure we may have good reason to be angry. But instead of living in anger, let’s view it in relation to the character of God and what he has done for us. It’s all about what we decide to focus on.

Have we been hurt and mistreated? Yes, and it’s certainly unfair. God knows this.

But we have also been saved from death by Jesus taking the punishment of death in our stead (Galatians 3). Like Jonah, we were saved from death even though we didn’t deserve to be saved at all.

When life is viewed from the perspective of Christ and the Cross, it makes it a little easer to let go of that hurt, anger & bitterness.

Letting go of hurt and anger is not easy.  It is most certainly a process. It takes courage to let the anger go. It takes the grace of God, to be sure. But once we do, we will experience a fresh feeling of liberty, hope, and joy.

Let us not be weighed down and blinded by hurt that we didn’t deserve.  Instead let us live in the joy of knowing we too have been, or can be, given life that we don’t deserve.

Refrain from anger and turn from wrath; do not fret–it leads only to evil.  For evil men will be cut off, but those who hope in the LORD will inherit the land.  – Psalm 37:8-9

A fool gives full vent to his anger, but a wise man keeps himself under control. – Proverbs 29:11

Do not be quickly provoked in your spirit, for anger resides in the lap of fools. – Ecclesiastes 7:9

“In your anger do not sin”: Do not let the sun go down while you are still angry,  and do not give the devil a foothold. – Ephesians 4:26

But now you must rid yourselves of all such things as these: anger, rage, malice, slander, and filthy language from your lips. – Colossians 3:8

My dear brothers, take note of this: Everyone should be quick to listen, slow to speak and slow to become angry,  for man’s anger does not bring about the righteous life that God desires. – James 1:19-20